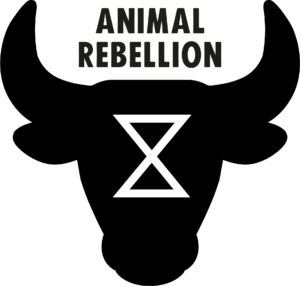 Animal Rebellion is a mass movement that uses nonviolent civil disobedience to bring about a transition to a just and sustainable plant-based food system, to halt mass extinction, alleviate the worst effects of climate breakdown and ensure justice for animals.

We know that you can’t end the climate emergency without ending the animal emergency and demand that the government acts now to build a future which is fair and just for all beings.